New exhibition: We Will Buy Your Dreams, 2019 VIDF is an inclusive festival that presents performances and workshops by diverse contemporary dance artists from Vancouver, Canada, and abroad.

Louise Francis-Smith’s triptych works called Walkway, Teal, For Lease and Haircut, were created and installed in the exhibit, Fugitive Streets, at 2018 International Dance Festival. It was exhibited alongside works by artists Richard Tetrault and Esther Rausenberg in Roundhouse Exhibition Hall, Vancouver BC.

Street photographer Louise Francis-Smith moved to Strathcona in 1980 and has had her “heart opened by and lens focused on” the buildings and people of old Chinatown and the Downtown Eastside ever since. She continues to be compelled by the dichotomy of beauty and poverty in these East Van neighbourhoods — a fact you can see for yourselves in her studio during the Eastside Culture Crawl, November 16-19 (1000 Parker St, Studio #108)… 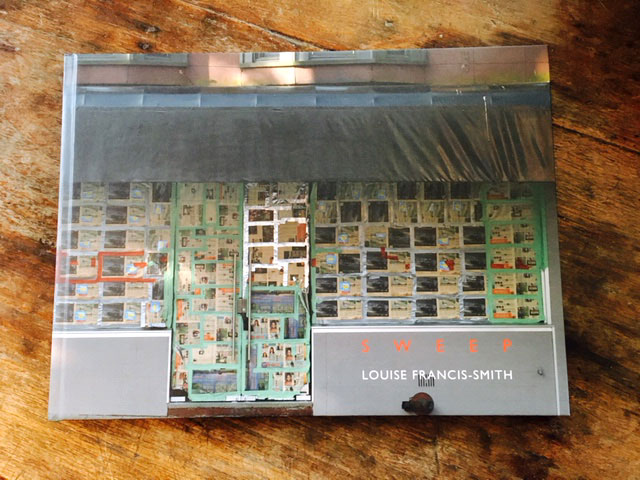 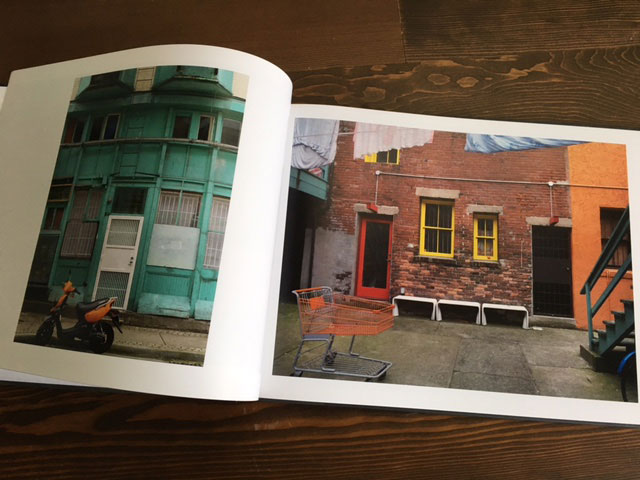 It is in its prototype stage. SWEEP features a selection of photographs from an ongoing body of work in colour, 1980 – 2015 of Louise Francis-Smiths portrait of Chinatown in transition and at the threshold. Edited and designed by Chick Rice. Stay tuned… 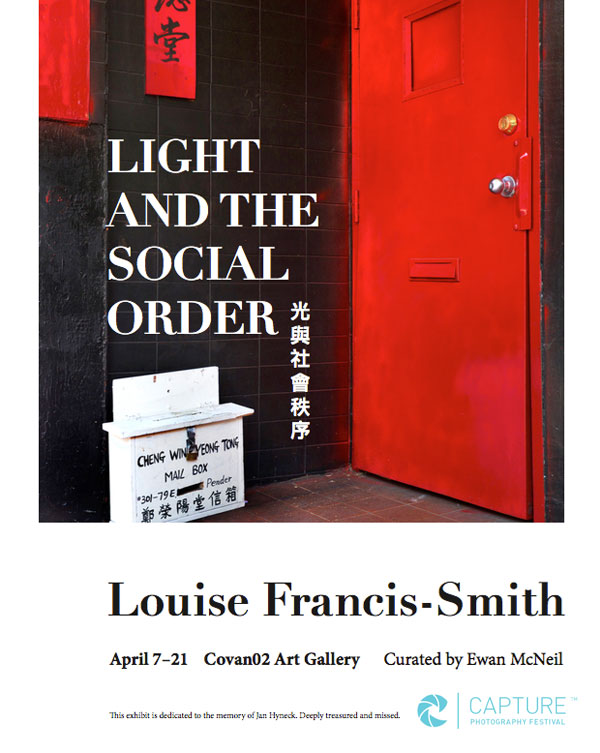 Louise Francis-Smith is selected with her solo exhibition in 2016 Capture Photography Festival in Vancouver BC. Her show is titled Light and the Social Order. It is curated by Ewan McNeil and featured in Covan02 Art Gallery in Vancouver’s Gastown.

In the 1960s, Vancouver’s Chinatown organized against the city’s slum clearance and freeway plans. A freeway would have been a concrete knife cut through the heart of Chinatown, inducing the collapse of its social structure.

Once again, Chinatown is undergoing dramatic physical and social change. The colour and fabric of this historic neighbourhood are fading. Traditional businesses are closing at exponential rates to be replaced by cafes, skateboard shops, upscale restaurants, and art galleries. Signage everywhere promotes new condo developments.

In Light and the Social Order, Louise Francis-Smith sees an elderly population and a way of life passing. 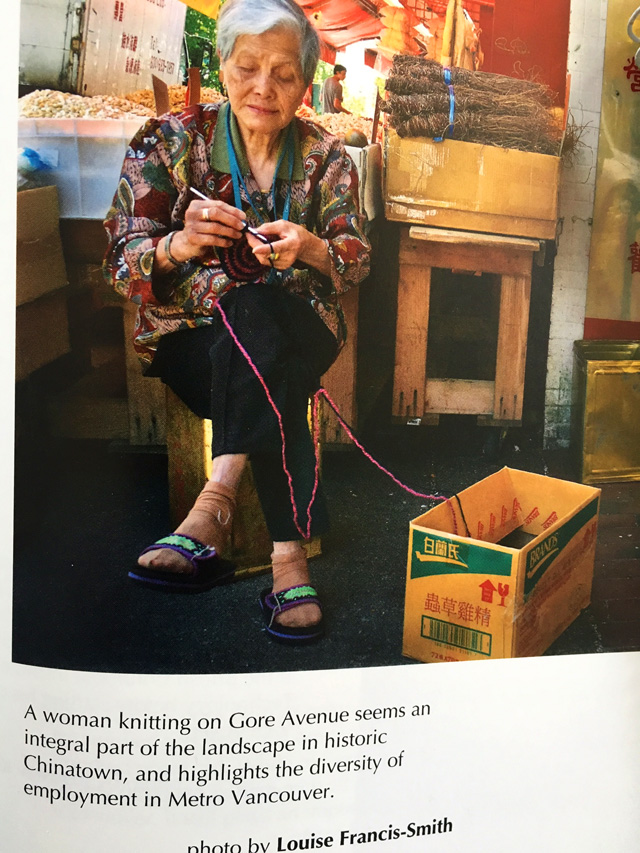 From a community photography project, THIS IS EAST VAN, 2011

A Book published for a celebration of the progressive community that is East Van demonstrating diversity, people, art, design, food and architecture through community art. Louise Francis-Smith and her photographs were featured in the Vancouver magazine DIVERSE, in an article called ‘Old Chinatown and its legacy for 30 years’.